1 killed, 4 others injured in shooting at a hookah lounge near Virginia Tech’s main campus, police say 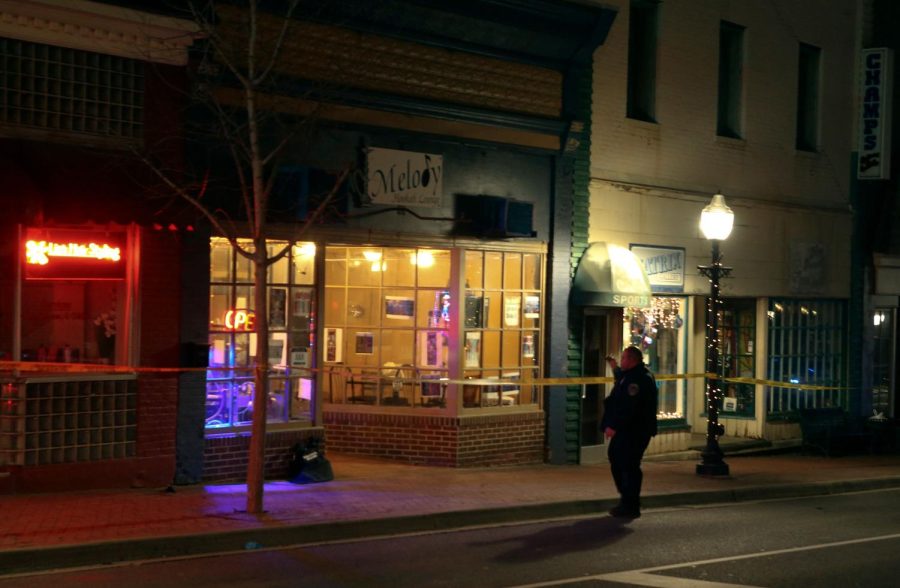 A police officer conducts an investigation after a shooting at a Melody Hookah Lounge on Main Street in Blacksburg, Va. Saturday, Feb. 5 2022. Authorities in Virginia are investigating a shooting that occurred just before midnight Friday in downtown Blacksburg. Blacksburg Police responded to reports of shots fired at Melody Hookah Lounge on Main Street, according to a police statement. (Matt Gentry/The Roanoke Times via AP)

(CNN) — One person was killed and four others were injured in a shooting late Friday at a hookah lounge near Virginia Tech’s campus in downtown Blacksburg, police said.

Details about what led to the shooting at Melody Hookah Lounge weren’t immediately available, and no arrest was announced.

Blacksburg police responded to a report of shots fired at the lounge at 11:53 p.m. ET, they said.

Of the five people shot, one died, and the others were taken to hospitals, police said. The severity of the patients’ injuries wasn’t known, police said.

One of the injured is a Virginia Tech student, university President Tim Sands said in an online post.

Sands wrote that the university’s “condolences go out to the family and friends of the deceased and we extend our support to those who were injured.”

The campus was deemed secure at 3:18 a.m. Saturday after the shooting prompted a lockdown for several hours, according to university alerts.

The lounge is less than a mile from a memorial dedicated to 32 people who were killed in an April 2007 shooting massacre at Virginia Tech. The business is also about ahalf-mile walk away from Norris Hall, the university’s engineering science and mechanics building where most of the 2007 victims were shot.

Emma Lopus, a Virginia Tech senior, was at her residence a few blocks from the bar when a friend texted her, telling her to lock her doors, she told CNN affiliate WSLS on Saturday.

She then saw at least seven police officers with flashlights in her backyard, she said.

“It’s weird to hear about it happening so close to your house. I work right down the street, like, I live here. So it’s hard,” Lopus told WSLS.

Anyone with information about Friday night’s shooting should contact Blacksburg police, they said.