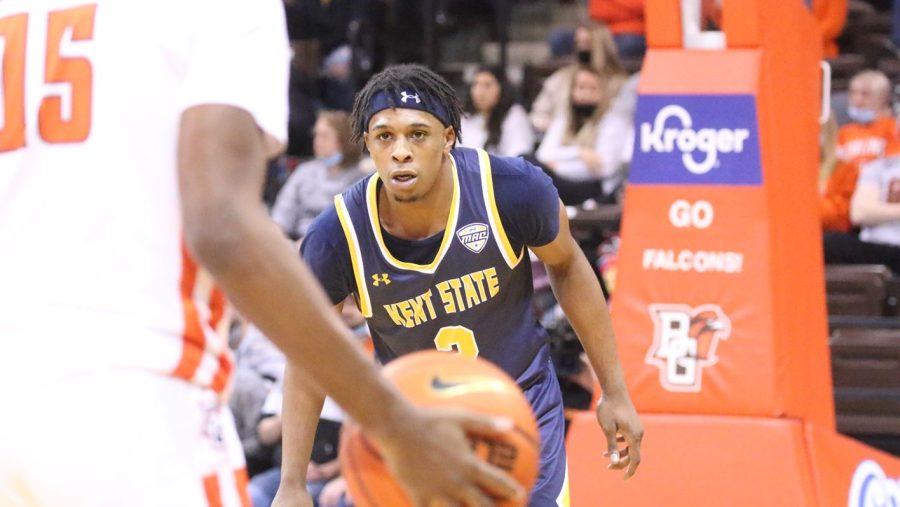 Kent’s State’s basketball team’s offense made the difference this time in a 91-83 victory over Bowling Green.

Kent State improves to 11-9 on the year and 6-4 in the Mid-American Conference.

The Flashes are typically known for their defense, but the offense was the difference maker Saturday.

“It was certainly good to see the ball go through the basket,” coach Rob Senderoff said. “To score the way we did, that helps us for sure.”

Kent State’s offense unloaded for 58 points in the second half.

Carry wasn’t the only one that couldn’t seem to miss in the second half.

Redshirt freshman forward VonCameron Davis had a big game making some clutch threes late in the second half. Davis had 17 points and seven rebounds on the night.

“[Davis] made some huge shots,” Senderoff said. “An unbelievable play in transition, where they were about to get a layup and he rotated over, made one of their guys miss and grabbed the defensive rebound from them.”

“The more balanced we are offensively, the harder it is for other teams to key in on just two guys,” Senderoff said. “Malique and Sincere are going to be the top two guys on everyone’s scouting report, so that is going to leave opportunities for other guys.”

Kent State will look to keep the momentum going when the team travels to take on Miami University (3-5, 9-10), which is tied for ninth, on Tuesday at 7 p.m.