Kent State controls the tempo in a victory over Western Michigan 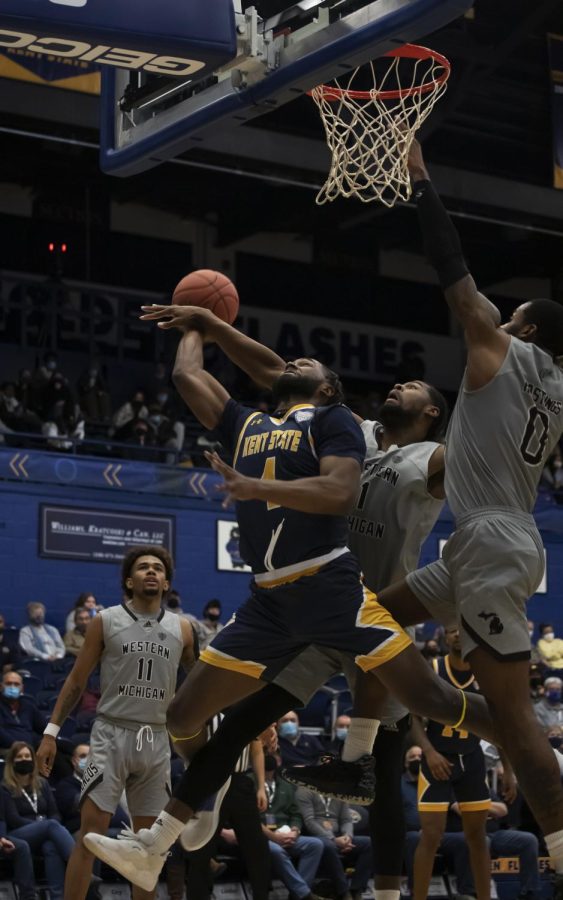 The Kent State men’s basketball team controlled the pace in a 75-64 victory over Western Michigan.

The Flashes get back to a winning record of 10-9 and in the Mid-American Conference at 5-4.

“Great home win; needed to get it after Friday,” coach Rob Senderoff said. “Obviously the first half was really really good, the second half we weren’t as crisp, but we can build off the first half.”

Kent State held the lead the entire game after taking the lead just under two minutes into the first half.

The second half wasn’t as successful for Kent State.

Half way through the second half, Western Michigan went on a 12-5 run bringing the score within eight points.

However, the Flashes were able to maintain the lead and close the game out.

“Adversity came, and the lead shrunk,” Senderoff said. “But we never let it get to one possession, and we were able to make a big play on offense when it got tight.”

KSU’s offense allowed the team to pull away with the victory.

The Flashes had five players with double-digit points in the game.

“Having five guys in double figures, that’s important for us,” Senderoff said. “We have to have some balance, we can’t just have Sincere night after night to score 25 to win.”

“Tonight was certainly [Garcia’s] best game, scoring wise, and probably overall,” Senderoff said. “He’s put in a lot of work and I’m glad he’s able to play and enjoy being out there.”

“It just started with me getting lost in the sauce,” Jacobs said. “When I play great on defense, it turns to offense, so that’s what I’ve been emphasizing in most of these games.”

Kent State will look to keep the momentum going when the team travels to take on sixth place Bowling Green (11-9, 4-5) on Saturday at 5 p.m.