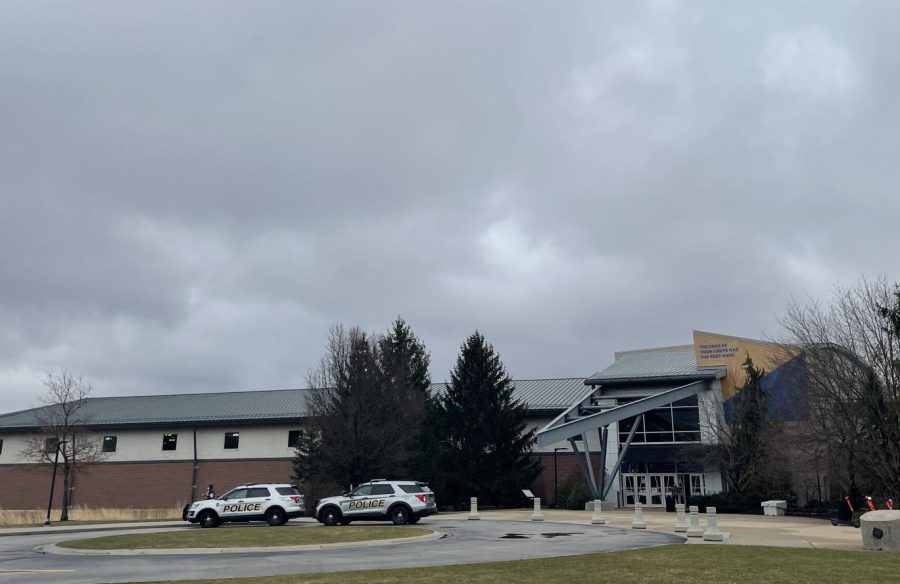 Kent City Police wait outside of the Student Recreation and Wellness Center after the rumor of a threat spread on social media.

4:15 p.m.: In a campus advisory, Kent State Police stated they had identified the source of the reported social media post and determined there is no ongoing threat to the Kent campus. The advisory did not include the name of the person who made the post under the Snapchat account “Kvng Vic,” which shows what appears to be a holstered handgun and some basketball shorts in someone’s lap. On top of the photo are the words, “Kent state at 3,” with a tiny basketball image just to the right.

When contacted, Kent State and Kent police were unavailable to comment. KentWired will follow up Tuesday morning.

EARLIER: The university announced through an advisory that it has increased police presence on campus and that the social media post has not been substantiated.

A rumor via text of a gunman coming to Kent campus at 3 p.m. spread like wildfire across social media channels used by students, prompting some professors to cancel classes and send students home.

Many students sheltered in place in their apartments or dorms, although the university did not issue a formal lockdown as of 2:30 p.m.

Campus police said they are aware of the posts.

“We asked two of our officers to just go and be present on the campus too and just be around if we need to help in any way.”

A call to Kent State Police Department was forwarded to Eric Mansfield regarding the possible threat and any updates.

There is no new information to share as of 3:30 p.m. Monday.

“When there’s updates they’ll be on the advisory page,” Mansfield said.

This story is developing. KentWired will continue to report as more information becomes available.

Alexandra Golden is an assigning editor. Contact her at [email protected]