USG advocates for students as election season is underway 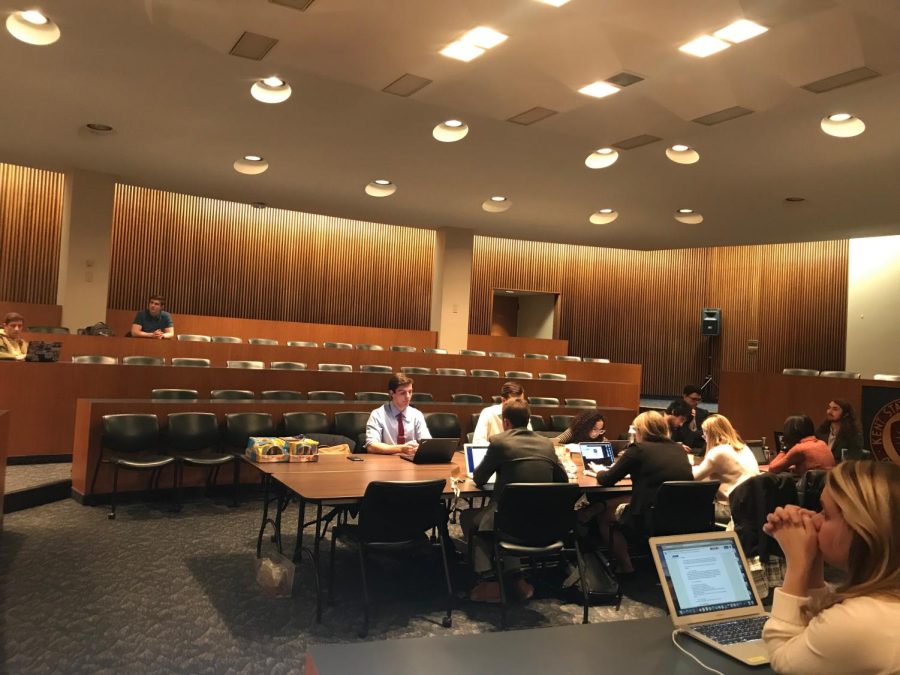 USG members gather for their Wednesday meeting on February 12 as they discuss their current initiatives and vote on funding for different areas of interest.

Student advocacy is the main role of Undergraduate Student Government and continues to be as they prepare for this year’s election.

The association of government and party lines is apparent in almost any governing body and election. However, USG is not a political group; it is just for the students.

“USG is an advocate for students with higher administration that may be very cut-off from students,” Chanelle Waligura, a senior biology/pre-med major and the USG Director of Student Advancement, said. “We amplify student needs so that we can make a change.”

USG begins to prepare for this year’s election and hopes to increase student knowledge of the advocacy work that they do. Megan Milam, a junior political science major and USG Senator for Off-Campus and Commuter Students, wants to expand the coverage of the election campus-wide.

“Many are not very knowledgeable of [what] USG is,” Milam said. “I wish coverage of USG included our advocacy on mental health, getting people registered to vote and the election in general. It’s important for our campus as a whole.”

Milam also serves as this year’s Election Commissioner and strives to make the election go as smoothly as possible.

“Even though many of our members are campaigning, we push that people are still focusing on the students,” Milam said. “This year we’re really making sure everyone campaigns on their own time and when they are in the office and in meetings they are focused.”

Candidates begin campaigning and flyering on Monday. There are roughly eight total students running for reelection, two of which are running for presidency and others for director positions. USG strives for inclusivity and diversity in its representation and is above average for college student governments in terms of diversity.

“The national average is 33% for women in USG. Our USG is 44% women. We also have a nice mix of international and domestic students,” said Milam. “It is nice to see all types of opinion.”

USG passed legislation for the Senator of Diversity position that states they stay connected and in contact with diverse resources on campus.

“We advocate for all kinds of opinion and for a diverse representation for all students,” said Milam.

USG will be holding a Candidate Meet and Greet on from 4-6 p.m. on Feb. 17 in the Leadership Center. Election updates will follow.