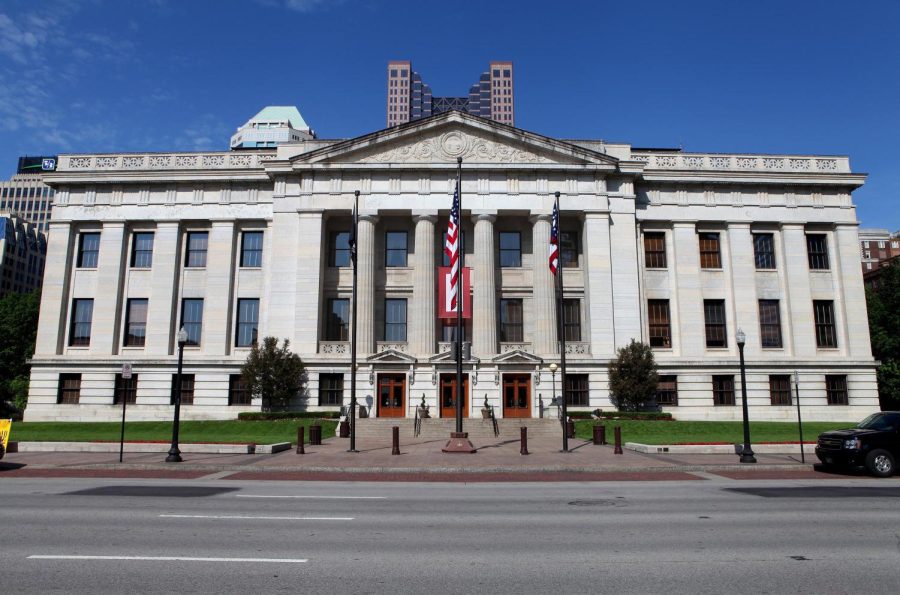 In a press conference last week, Ohio House Representatives Ron Hood and Bill Dean announced their intention to co-sponsor a bill that would prevent transgender youth under the age of 18 from receiving healthcare that would help them physically transition to the gender they identify with.

“What we are concerned about here is that Ohio’s most vulnerable children are being subjected to experimental, unproven and expensive treatments and surgeries,” Hood said during the press conference. “This bill is dealing with children under 18, who would be subjected to these procedures which are irreversible, and these decisions are obviously being made by children. The best suicide prevention is to cure and guide, not to sterilize.”

The bill is supported by Citizens for Community Values, a group that advocates for Christian values “so Ohio families can thrive,” according to its website.

Gender-related bills on the rise

In a letter sent out to Ohio House representatives asking for co-sponsors, Hood and Dean outlined some of the main points of the upcoming bill, which has not yet been released by either representative’s office. It includes prohibiting any medical and “therapeutic” practice from being performed on a minor in relation to gender identity, enacts criminal penalties for providers who give these services and gives the ability for a minor or family to sue a medical provider. It is unclear when the actual bill will be introduced to the Ohio House.

So far in 2020, approximately 57 bills limited access to transgender medical care have been proposed in state legislatures, according to Cathryn Oakley, state legislative director and senior council for the Human Rights Campaign, a group that bills itself as the largest LGBTQ rights organization.

Oakley says that although bills targeting trans people have risen since 2015, the bills this year are coming in at a higher volume and are more targeted and overt than in the past.

“We are seeing these all over the country, and the approach that they are taking are the same,” said Oakley. “It’s not just about what they do, it’s about the picture they paint.”

Although the Ohio bill text has not yet been released, many of bills proposed in other states describe in graphic detail surgical procedures that don’t reflect best medical practices for transgender youth, according to Oakley.

Scott Leibowitz, a child and adolescent psychiatrist and medical director of Behavioral Health THRIVE Gender Development Program at Nationwide Children’s Hospital in Columbus, Ohio, is concerned about the potential to pit medical providers between their Hippocratic oath and their obligation to follow the law.

“This is a fear-mongering tactic used by individuals who, I suspect, do not have a lot of clinical experience with actually meeting the children and families, and to actually understanding their experience,” Leibowitz said.

Leibowitz went on to say that the decisions between these patients and their families are “made with thought, consideration, and include many factors from a multi-disciplinary team that offers various perspectives and are not made frivolously.”

While Leibowitz thinks a dynamic approach to care is important, he also notes there is a wide consensus within the medical community that there should be no medical intervention before puberty. While gender reassignment surgery on minors is rare, he said, they rely on the child’s emotional maturity on what is the best decision is for that child.

According to the American Academy of Pediatrics, also known as AAP, best practices of care include a “gender-affirmative care model” that is based on the developmental process of the child.

In their policy guide, they note that treatment is something made over time with a group of practitioners, and is treated based on the needs of each individual. AAP also notes that the idea of “watchful waiting,” or the idea of waiting for a “arbitrary age” to know the child is serious about their gender, is considered an outdated approach. They also say these studies associated with this approach is considered to have flawed research methodology.

“This outdated approach does not serve the child because critical support is withheld,” AAP states in their policy statement on care for transgender and gender-diverse children. “Watchful waiting is based on binary notions of gender in which gender diversity and fluidity is pathologized; in watchful waiting, it is also assumed that notions of gender identity become fixed at a certain age.”

Officials with Ohio governor Mike DeWine’s office said they were currently reviewing the proposal in response to CNN’s request for comment.

Oakley, the state legislative director with the Human Rights Campaign, emphasized that the proponents of this Ohio bill, along with others around the country, are trying to make a statement that would “hurt kids and score political points.”