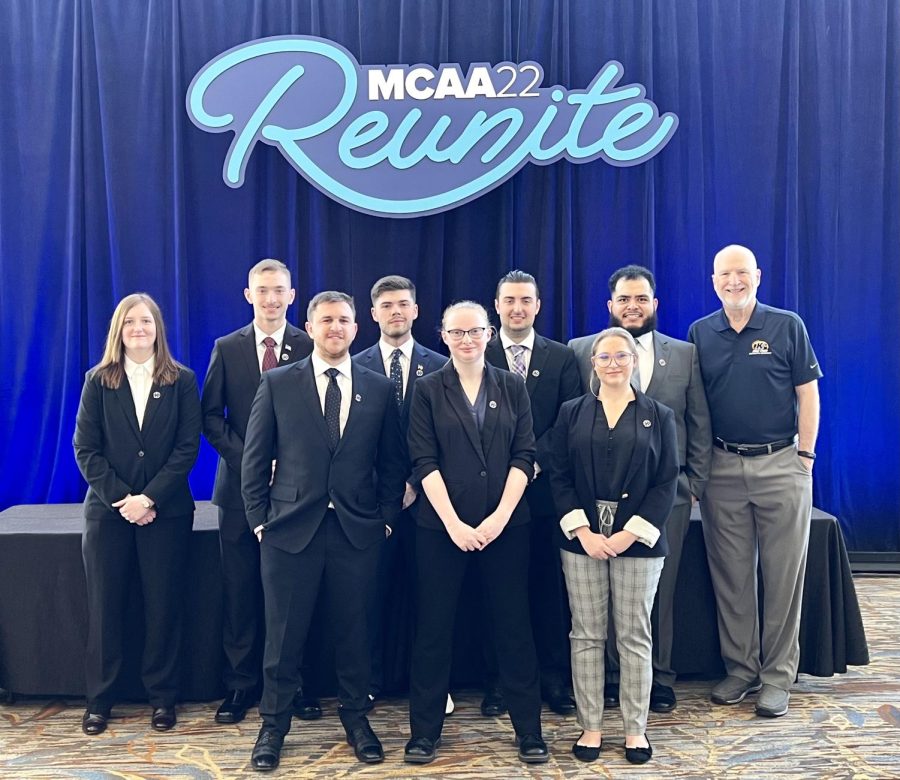 MCAA is a construction competition centered around each student’s ability to plan and manage a given construction plans process.

The teams were given a completed construction project done by the company called The Lake Placid Olympic Center Revitalization in Lake Placid, N.Y.

Each team was required to assemble a proposal that detailed the closest estimate, schedule and site planning that went into the construction.

Participating teams from across the country and Canada are given a Request for Proposal, a packet that detailed what the judges were looking for in their final proposals.

“After the RFP was given to our team, we began assembling our team’s project proposal and created our mock company, which was Mount Marcy Mechanical,” said Emily Haldi, vice president of Kent State Construction Management Student Organization, and team lead for the competition.

The Kent State team came up with the name of their company because of the mountain range that was near the location of the revitalization project, said Haldi.

The competition began its first stages last fall semester when the teams began assembling their proposal in October and turned it in in December.

After submitting their proposal, the team heard back from MCAA detailing the next stages of the competition.

“After we received the notice that we were going to San Diego, that’s when the reality of our success really set in,” said Tyler Rupp, general subchapter chair of Kent State’s Construction Management Student Organization and chief estimator for the competition.

The team started to assemble the PowerPoint they used to present their proposal in front of a panel of judges and a crowd of over 200 hundred people.

“Our team practiced and perfected our presentation for many weeks by presenting and answering questions in front of our friends and professors,” said Jack Holland, student networking chair for Kent State construction management student organization and superintendent for the competition.

Kent State’s team placed in the top four for the overall competition that had over 20 other chapters competing.

“We were the first team within our organization to place in the top four for this competition which is a very unbelievable feeling,” Haldi said. “Based on the review we received, we are excited and confident in next year’s competition.”

Grace Hare is a reporter. Contact her at [email protected]