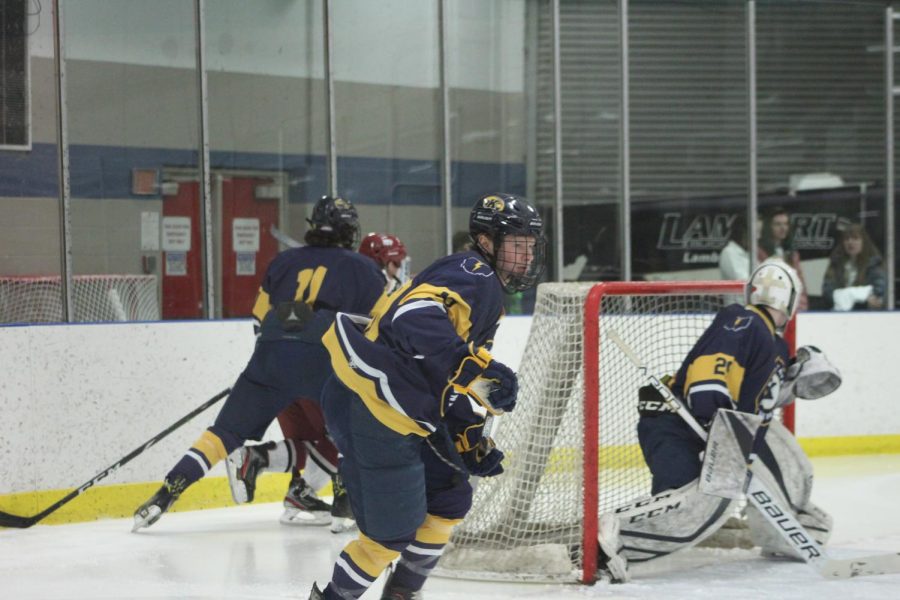 Kent State’s hockey team made an impressive comeback after its last few losses. The Flashes won against Indiana University of Pennsylvania Friday evening, 5-2.

The Flashes were able to maintain the puck and stay in the offensive zone for the majority of the game. Kent State kept a three-point lead through the second period before taking a four-point lead in the third period when Jason Smith scored on an empty net to give Kent State its fifth and final goal.

The Flashes had more speed and all-around energy in Friday night’s game. The offense played aggressively to keep the puck in the offensive zone for most of the game.

Kent State’s defense did a better job of supporting its goalie Ben White. The defense made an effort to keep the puck out of the defensive zone and shoot the puck far up the ice when the team could.

As the game went on, the players on each team became more aggressive. The third period started off with both teams pushing and shoving each other into the boards.  The intensity rose as both teams became more eager to keep the puck. White was able to make a multitude of impressive saves all night, but the majority came during the third period when there was chaos in the defensive zone.

The majority of faceoffs were won by Kent State, helping to give them an advantage. The offense stayed by the net as much as possible to make tip-in goals.

This was Kent State’s sixth win of the season and has lost 19 games. Kent State plays Indiana University of Pennsylvania again Saturday night at 5:30 p.m. at IUP.