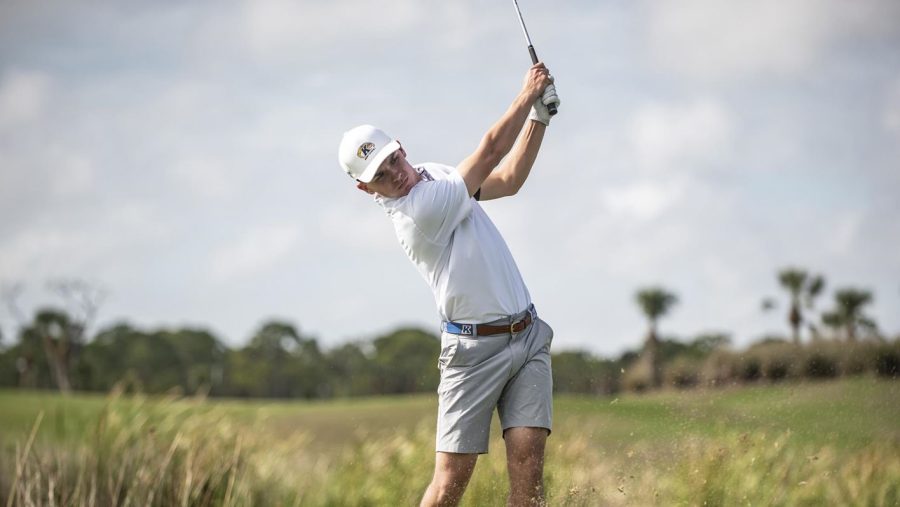 Led by the Gilkison brothers, Jordan and Josh, the Flashes are the clear favorite for the title once again. Kent State is the only MAC team ranked inside the top 100 at 65th overall.

The Flashes are led by head coach Jon Mills, who is a former PGA Tour player and winner of five professional events.

“I think we struggled in the spring and have been inconsistent,” Mills said. “We did a good job of being consistent this past weekend, and our lineup seemed to finally mesh together very well. I felt for the first time they all seemed to be on the same page.”

Mills knows how good of a team he has, but he knows what must take place for them to get back at the high level of play they want.

“I think we were a top 25 team and we were in the fall but that’s golf,” Mills said. “You have to play tournaments and be ready to compete at the highest level. We’re going into the MAC with lots of momentum and hopefully, we can continue to trend in the right direction.”

Freshman Jordan Gilkison has been an instrumental piece to the Flashes lineup and has fit right in for his first year in the program.

“Jordan is very steady on the course,” Mills said. “His demeanor on the course is very level-headed; whether he plays well or not, you can’t tell. He is very mature as a freshman and just flat out a good player.”

Jordan was able to tie for 12th place with a 3-under par this previous weekend in Columbus at the Robert Kepler invitational.

“I thought it was a pretty solid week,” Gilkison said. “It was great to finish the week under par and in the top five overall to give us some momentum going into the postseason. We’re looking forward to the MAC championship and getting another chance to compete.”

Kent State was able to take down all the other competing MAC schools this past weekend by more than 22 strokes each. Giving the Flashes some much-needed confidence and momentum going into the postseason.

“I think we have a fantastic chance to win and are peaking at the right time as a team,” Gilkison said. “We’re all on the same page and golfing together now, which is all you can hope for as a team.”

Graduate Student Josh Gilkison is getting back to his fall season form and performing at his highest level.

“Josh has been working on his game and it’s starting to pay off,” Mills said. It certainly helps boost his confidence. He had a solid fall and struggled a bit in the spring but has worked very hard on his swing and is trending in the right direction once again.”

Being a graduate student, Josh understands what it takes to win the MAC.

“It was a good week of golf. I really enjoyed Columbus,” Gilkison said. “I am very excited and looking forward to the postseason to be able to see what our guys can do. It appears we are finally all starting to play well at the same time, and it’s truly the perfect time to peak.”

Josh Gilkison shot 2-under par and finished in fifth place on the individual scoreboard this past weekend in Columbus.

Junior Cade Breitenstine shot 1-under par for the tournament and finished tied for 15th place.

“Cade is golfing at a very high level right now,” Mills said. “He is putting it all together at the right time and I’m looking forward to seeing him compete this weekend.”

“I’m looking forward to competing and seeing if my guys can continue this trend,” Mills said. “We can’t control what other teams do, we have to do what we can and play at our highest level. It’s all about preparation and focusing once you’re on the golf course and appreciating competition.”

KSU will travel to Naperville, Ind., for the MAC tournament. The team will play practice rounds Thursday and the actual tournament will begin Friday and will end Sunday.