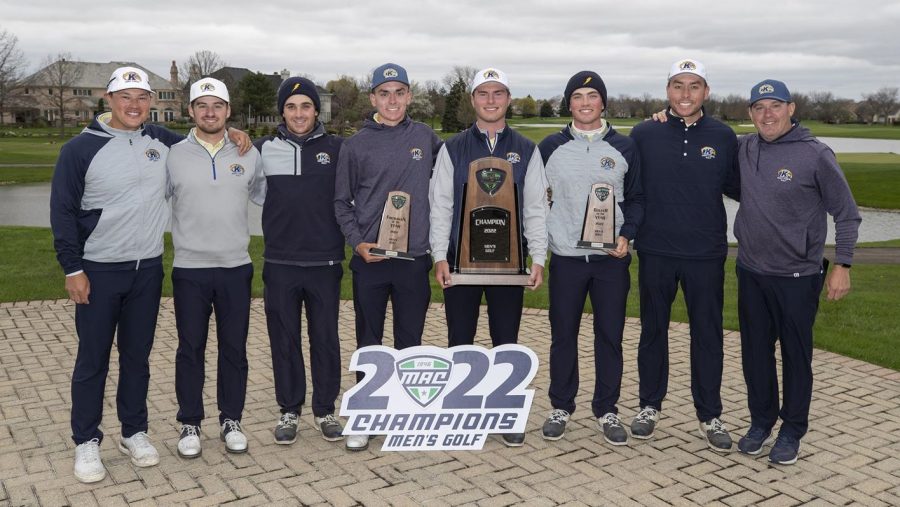 The Kent State men’s golf team hit its stride in the final round of the conference championships to claim its sixth consecutive Mid-American Conference title.

The Flashes scored a league-best 285 in the final round and were the only team able to shoot under-par.

He only needed one.

Josh was able to sink a putt to win his team the championship, then won himself the individual title in the second playoff hole with a similar putt.

Josh is now the 27th individual to ever win the award for the Flashes.

“We got off to a pretty slow start today,” Gilkison said. “We were down 7 to 10 strokes I believe, but coming down the stretch when it matters we always seem to make birdies, and that’s exactly what we did.

“I made a put from 15 feet and had no idea that was to force a playoff hole. Once I got into the playoff I was able to make two pars and win it. It feels good”

Gilkison shot a 72-72-73 to force a three-way tie for first and give himself a shot at the individual award.

“I’m so proud of him,” coach Jon Mills said. “He’s had a great five years here, and I know how special this is for him.”

Vandette and Josh Gilkison both were named to the MAC Men’s Golf All-Tournament Team.

“I can’t say enough great things about the team,” Mills said. “We made birdies when we needed to. Dealing with these conditions all weekend was very tough, and they handled it very well. Being able to win on a course like this with that weather makes it all the better.”

For the 28th time in program history, the Golden Flashes are MAC Champions.