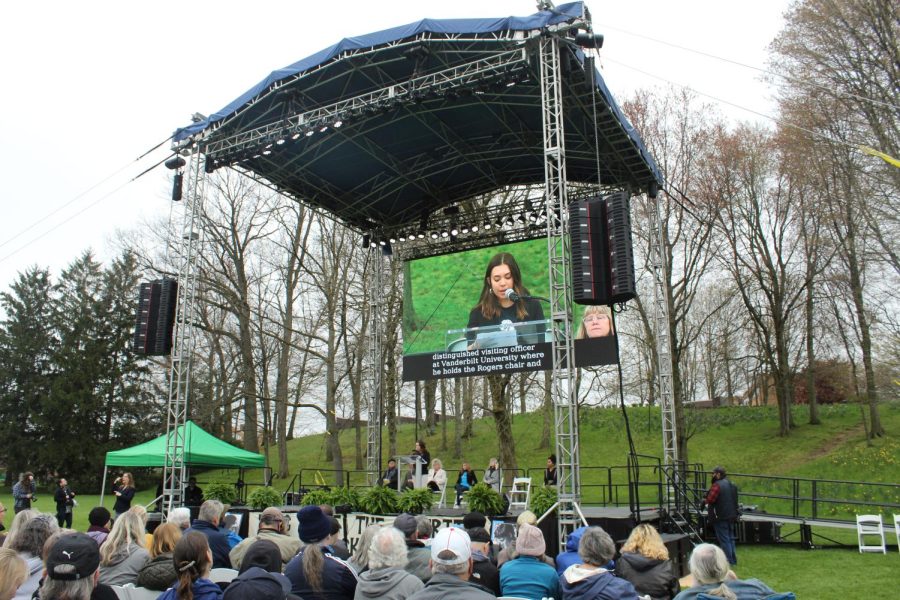 “I went over to Jeff Miller’s body, I had only met Jeff two weeks prior at a party we were having at the quarry on route 43.”

“[May 4] is important to me, because if you don’t know about it, you should know about it, because everyone has a right to free speech. I think this is a very good example of what happens when the state exercises its monopoly on violence to crush dissent. It’s taking away a key fundamental aspect of our democracy, which is dissent.”

“I watched and photographed the guard and the students going over the hill. After they disappeared, I followed them over and watched the events out on the practice football field. I think I’m one of the few people that saw a warning shot fired by the guardsmen. There was an officer with a pistol, and I remember seeing it because this guy happened to be in my field of view and my camera as he raised the gun and fired into the air. And I watched everything going on [with] some rocks being thrown, but as soon as the rock hit the ground and rolled the guardsman would pick up the same rock and throw it back at students. I didn’t see anybody get hit by a rock. And watch this and finally things just seemed to stop and the guard turned and started retracing their steps back up this way towards the pagoda at the top of the hill. I thought everything was over.”

“[Alan Canfora] was the driving force of keeping this memorial and everything else alive and continually explored what was going on, he was continually searching the truth. And Alan took so many slings and arrows for that. It’s inconceivable that he’s not here.”

“I currently live in Richmond, Virginia, but I grew up here and was a student at the University School in seventh grade when the shootings happened and lived across campus. And going through that age was in a strange way exciting when you’re 12 years old, and you’ve got National Guard and you’ve got national media and you’ve got Dan, rather doing interviews in your neighborhood, only to have it escalate over time and have the tragedy occur … I think as I get older, I feel the pain. And having kids that are even older than the students that were shot, you feel it differently from a parent’s standpoint. And so, I guess part of what I want to be here for is to sympathize with how difficult that loss must have been. And what that loss meant for the country as well.”

— Tom Kemp, Kent resident at time of the shootings

“I was wearing a nametag with my university affiliation, saying I was affiliated with Kent State. I got into an elevator and this lady I’d never seen before looked at my nametag, says ‘how could you?’ and she got off at the next floor. That’s my recollection of the time.”