Mother saves 5-year-old daughter from Cuyahoga River; both swept away by current 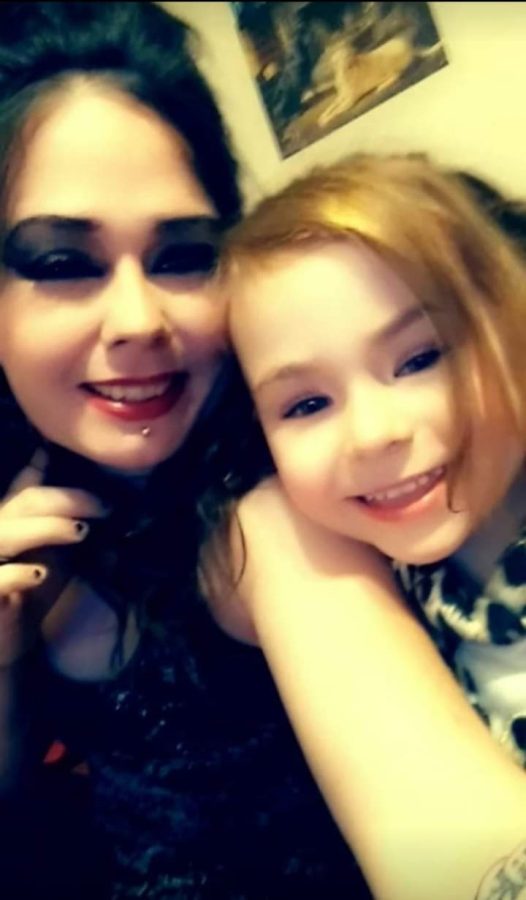 “I went into superwoman mode when I realized that ‘Hey, you’re about to lose your daughter,’” Lisa Marie said.

The mother of 5-year-old Winter Annemarie jumped into the Cuyahoga River in Kent after her daughter slipped on a rock and fell in.

They were walking on April 23 near the river’s edge along the Portage Hike and Bike Trail, waiting while Lisa Marie’s brother-in-law moved his car closer to the trail’s entrance. That way, the mother and her two children wouldn’t have a long walk back. The 4-mile trail runs parallel to the Cuyahoga River and has several locations that feature stairs for visitors to take down to where rocks abut the water.

“We went out on the rock because they just wanted to see the water,” said Lisa Marie, who asked that her full name not be used to protect the family’s privacy. When Winter Annmarie fell in, “I had to shove my son [back] and then dive in after her.”

Her son stayed on the rock with another adult who was with them, she added.

The mother and daughter were immediately carried away by the current and traveled down the river toward the dam directly underneath the West Main Street bridge while Winter Annemarie yelled “mommy” during the times she wasn’t swallowing water. As the current carried them along, they hit several rapids and went under the water. Lisa Marie lost hold of her daughter a few times before they reached the deepest area of the river near the dam. Lisa Marie grabbed Winter Annmarie and held her tight as the river took them under.

“I knew that it was gonna startle us and push us back out,” she said. “I remember keeping her afloat but when she went down with me, I think that’s what caused her to almost drown to death.”

Under the water, Lisa Marie prayed they would survive.

When they came above water, south of the West Main Street bridge, they were then pushed southward by the current. Lisa Marie hit her head on a nearby wall and her grip on Winter Annemarie loosened. She screamed for help.

“He appeared there,” she said. “I remember seeing a whole bunch of kayakers as we were going in the middle, right before we hit that rapid.”

The “he” was Darren Bade, a Kent State biology professor, who had just finished kayaking when he heard “some people yelling that there was a mother or there was a child in the river.” He saw the two struggling in the water near the waterfall.

Bade grabbed his kayak, ran on a walking trail, keeping his eye on Lisa Marie and Winter Annemarie the entire time. He ran down the stairs that led to the river, got back in his kayak and paddled to a nearby island, where the current carried the mother and child to.

Lisa Marie handed her daughter up to Bade before pulling herself off of a tree limb.

“When I pulled her up out [of] the water she wasn’t breathing, nothing,” she said. “I gave her CPR right there. The CPR wasn’t working, and so I smacked her as hard as I could in her back.”

A person’s trachea closes to prevent a near drowning situation so they swallow the water instead of breathing it into their lungs, Bade said. “A common response is that you vomit.”

“I would have lost my soul had he not been standing there,” Lisa Marie said.

As Bade helped, the Kent Fire Department and the Portage County Water Rescue Team, which is a collaborative effort between fire and police departments throughout Portage County, were on route to the scene.

They received a call of a possible drowning at 6:58 p.m., Kent Fire Capt. David Moore said.

Two police officers arrived with a lifeboat to help the mother and child return to land where the ambulance was waiting. Winter Annmarie was really cold, so one of the police officers wrapped her in a vest to help keep her warm.

Both mother and daughter were at risk of hyperthermia because the temperature of the water was between 57.6 degrees and 59.7 degrees, according to the U.S. Geological Survey. Hypothermia symptoms can set in within an hour and loss of dexterity can occur within 15 minutes—the expected time of survival is between one and six hours.

They were rescued at 7:31 p.m. and transported to Akron Children’s Hospital.

“The only thing that we were concerned about when we got to the hospital is pneumonia and water in her lungs,” Lisa Marie said.

It took her a few hours to bounce back, but Winter Annemarie had no injuries, Lisa Marie said.

While Lisa Marie couldn’t walk for about a week from the impact of hitting the rocks in the river, she said she was also forgetful because she hit her head. That’s when she decided to go to the hospital. Her main goal was always saving her child’s life.

“I took all the bangs because I knew that if she hit one of those rocks the wrong way through the rapids, it wouldn’t have turned out good at all.”

When Winter Annemarie was released from the hospital the next day, she asked to meet the man who rescued her. Mother and daughter met with Bade over Zoom a few days after the rescue.

Lisa Marie still has flashbacks about that Saturday evening. But it’s getting easier each day.

“I tell myself, ‘She’s alive, you did what you were supposed to do.’”

Kelly Krabill is the managing editor. You can reach her at [email protected]