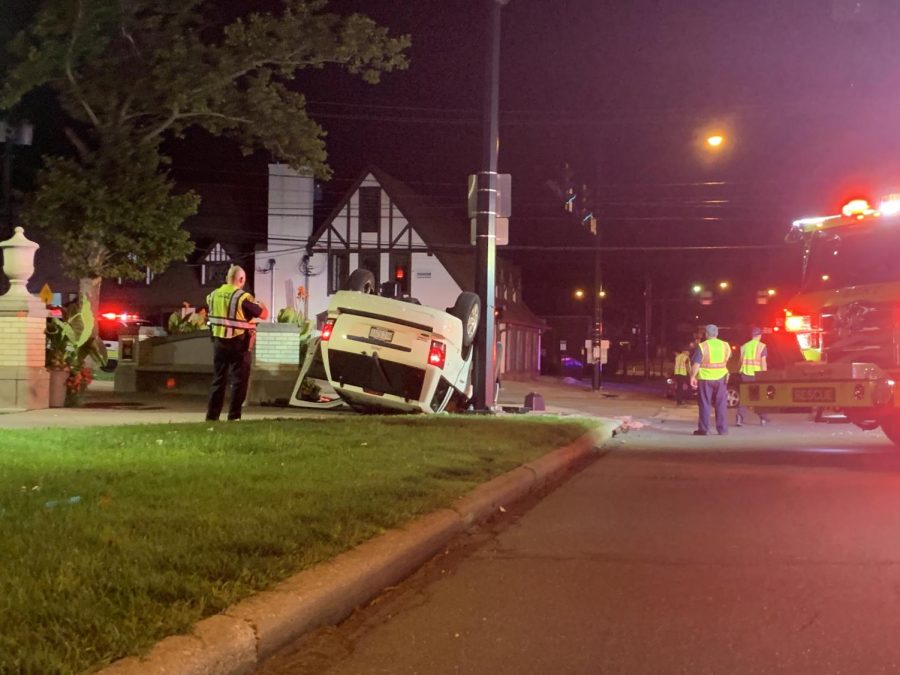 First responders tend to a crash that occurred around 10:40 pm Sunday evening at the corner of East Main Street and North Lincoln Street.

Two cars collided at the intersection of East Main Street and North Lincoln Street Sunday evening, resulting in one car being flipped upside down.

The crash resulted in two damaged vehicles: a white Jeep flipped upside down next to the Kent State University sign on front campus and a black sedan with front-end damage in the middle of the intersection.

No victims involved in the accident were willing to disclose information about the crash at this time. There appeared to be no serious injuries to the victims.

The crash occurred around 10:40 p.m. according to Wendy’s worker James Halmasy, who heard the two cars hit each other while he was working.

Halmasy said first responders arrived at the scene in less than five minutes.

Five police cruisers and a firetruck were present at the crash site. Two tow trucks arrived at around 11:30 p.m. to pick up the damaged vehicles.

Troy Pierson is the general assignment editor. Contact him at [email protected]