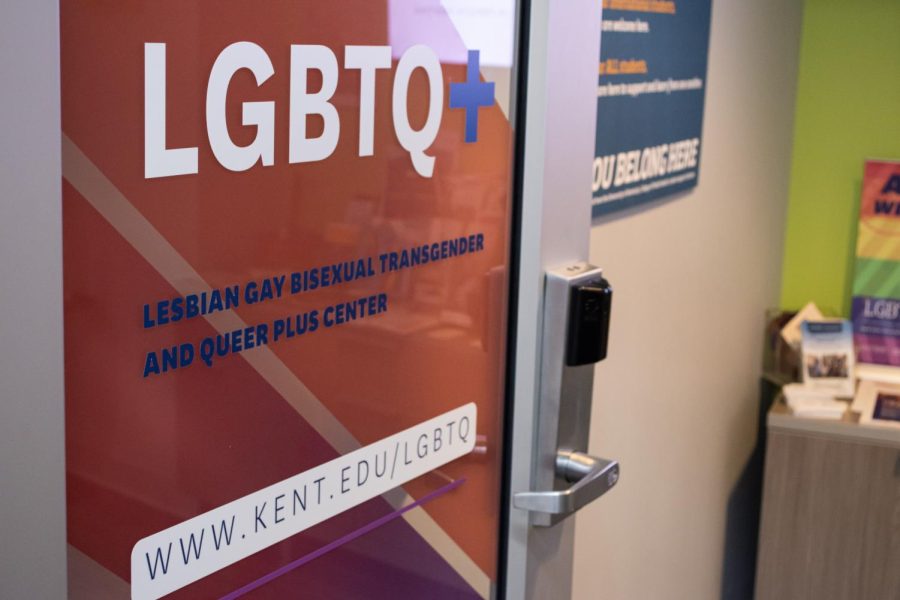 The LGBTQ+ Center is located on the lower floor of Kent State's Student Center and is open to any and all students.

In late August, Kent State received a five out of five-star rating measuring the campus’s safety, inclusiveness and resources for LGBTQ+ students, faculty and staff.

The rating was measured and awarded by Campus Pride, a nonprofit organization made to create safer LGBTQ+ communities within national colleges and universities.

According to Campus Pride’s website, the index rating is a “national benchmarking tool for colleges and universities to create safer, more inclusive campus communities.” This benchmarking tool took into account Kent State’s initiatives, programs and efforts in supporting the LGBTQ+ community.

“My role is to provide oversight to a center that supports marginalized students, but is also here to support all other students as well as faculty and staff,” said Ken Ditlevson, director of Kent State’s LGBTQ+ Center. “A lot of my responsibilities are to coordinate training to make sure that our faculty and staff know how to be respectful with all of our students, and then also to just provide support to students that might be struggling.”

Some of these current programs include implementing a chosen name policy, safe space training, universal bathrooms and trans-inclusive healthcare. The center describes these programs as a boost in the campus’s rating and outreach to LGBTQ+ students.

“When I started in about 2014, we had a three-and-a-half out of five rating. Since then, we have done reviews to help us benchmark where we’re doing better, where we’ve made improvements and where the gaps are,” Ditlevson said. “So we’ve spent a lot of time over these last eight years focusing on those gaps so that we can raise our score, but also do better in creating an inclusive environment on our campus.”

Students like senior psychology major Sam Clark said they feel this inclusivity through the support provided by Kent.

“I’m first-gen [student], so I had no idea what to expect,” Clark said. “Coming to Kent was really cool because you walk onto campus and can tell the majority of faculty genuinely care about the students here, and it’s wonderful. They offer student organizations across the board for pretty much every type of diversity that exists, and if they don’t yet, they will.”

Ditlevson said the center and its committee are always looking to the future and what they can continue to improve on for the LGBTQ+ community at Kent.

“Some of the ones that we’re trying to focus on include working within the DeWeese Health Center where we’re trying to get HRT, hormone replacement therapy, offered,” Ditlevson said.

Another issue Ditlevson and the center are working on is making sure students are not being “dead-named” during commencement ceremonies, email listings or letters home.

Currently, the center is gearing up for its annual Rainbow Run 5K on Oct. 7, an event created by former intern and student Blake Kinsel.

“It’s a fundraiser for our emergency fund,” Ditlevson said. “We’re in our sixth or seventh year. It’s a pretty cool event that a student created.”

The emergency fund is intended for LGBTQ+ students who may need extra support to help them feel safe and reach their academic goals.

“The center is here for anyone, not just for LGBT students,” Ditlevson said. “We say if you believe in equality, we want you involved in our work.”

The center is open for support and information during the student center’s regular business hours.

Mariah Alanskas is a reporter. Contact her at [email protected]