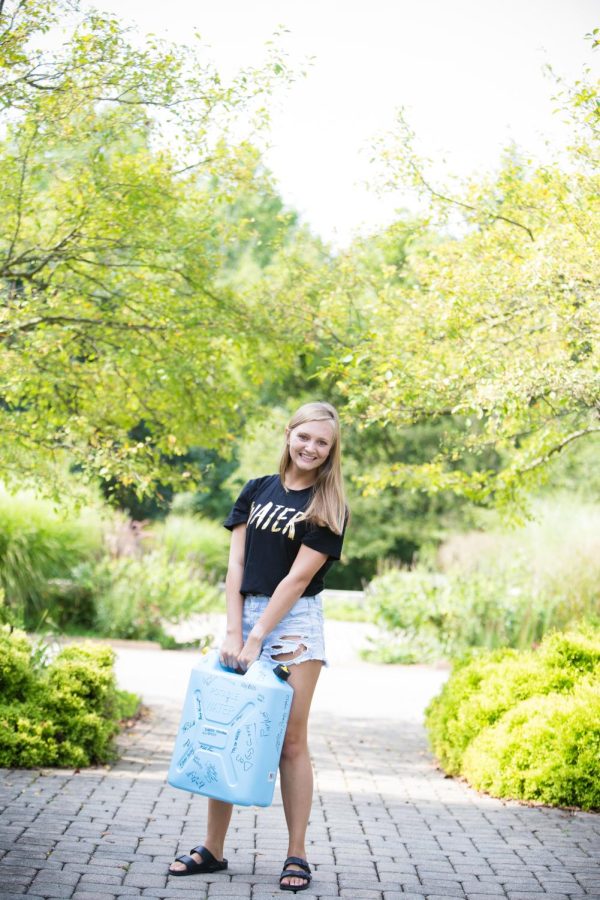 Jenna Gilbreath started her speech with a 44 pound jerrycan, a standard container used to collect water. She asked a volunteer to pick up the can and walk back and forth. Then, she asked them if they ate dinner last night. Did they have breakfast this morning? Did they have a sip of water in the past 24 hours? She asked the members of the audience to imagine if they were an eight-year-old child who might have not had dinner, breakfast or a sip of clean water. Would they be able to carry the can back and forth?

The Thirst Project Club aims to end the water crisis by building freshwater wells in countries where clean water is not immediately available.

“I believe water is a human right,” said Gilbreath, a freshman communication studies major. “And that’s why I brought it to Kent.”

Thirst Project is a nonprofit organization formed by college students in 2008 to raise awareness about the global water crisis and help to end it by building freshwater wells. Since then, the organization has raised more than $10 million and provided freshwater wells for people from 13 different countries including India, Uganda and El Salvador.

Gilbreath was a member of the organization during her high school years.

The Thirst Project Club at Kent State will officially begin to operate this semester. The group is currently accepting members to advocate for the water crisis at the Kent campus and in the community.

Kent has its own fundraising page, and people can make a donation to Thirst Project Club directly to that page, Gilbreath said.

“Thirst Project has access to their money, so they can implement it directly in water projects where they need it immediately,” she said.

With about two billion people around the world drinking contaminated water as reported by the the World Health Organization, Thirst Project hopes to end the water crisis in the Kingdom of Eswatini, South Africa in 2020.

Gilbreath said many women and children walk for hours to fill water and as a result, they cannot get jobs or go to school.

“Besides, the water is unsafe, and many people die from [drinking] it,” she said.

Gilbreath said she will keep fundraising until the global water crisis ends.

“Many people still lack access to clean water, so we still have time, so we will keep doing that and educating others,” she said.