For those in crisis, 988 serves as a new Portage County lifeline 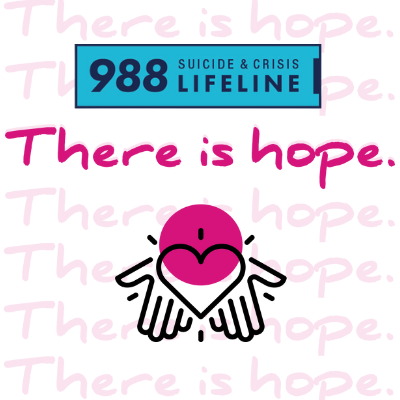 On the morning of July 16, the 988 Suicide and Crisis Lifeline went into effect nationwide.

The 24/7 helpline is a call and text service that provides anonymity as well as “free and confidential emotional support to people in suicidal crisis or emotional distress,” according to the 988 website. It serves as a transition, renaming and rebranding of the former National Suicide Prevention Lifeline, a 10-digit number established in 2005.

The helpline was a goal of lawmakers and suicide-prevention advocates, and it took years of effort. In June 2017, Utah congressman Chris Stewart introduced the National Suicide Hotline Improvement Act of 2018, which required the Federal Communications Commission (FCC) to conduct studies to determine the feasibility of a three-digit lifeline code, much like the standard 911 code used for emergency calls. Just over a year later in August 2018, the law was passed.

Then, in August 2019, the FCC returned to Congress with its official 988 proposal. The FCC adopted the rules for the lifeline in July 2020. Since then, additional elements, such as the lifeline’s text message availability, were also included as an option.

“This has been in the works for a couple of years … and there was a lot of talk with the state of Ohio on how it was going to roll out in each community,” said Karyn Kravetz, associate director of the Mental Health and Recovery Board of Portage County.

When someone dials 988, they’re directed to a designated crisis center specific to the county that matches their phone’s area code. Anyone calling 988 from a Portage County area code will have their call directed to Townhall II, an addiction, mental health and recovery service located in the city of Kent.

“We take people who are having a one-time crisis. We have people calling us who have a history, a long history, of struggling with mental health,” said Maria Landry, director of crisis and community services at Townhall II. “People who just need a place to stay and don’t know what their resources are, people who’ve recently lost a job that need a connection to someplace — anybody.”

While both 911 and 988 operators have the option of dispatching safety forces, Landry said they don’t function in the same way.

“A lot of misinformation is put out on the web right now about how 988 automatically means you’re going to get hospitalized,” Landry said. “No, no it doesn’t. It doesn’t even mean that you’re automatically going to get a visit from safety forces.”

Both Landry and Kravetz said 988 only triggers emergency services in instances where providers feel callers are at serious risk of dying.

Luke Barker, chair of the Portage County Suicide Prevention Coalition, said it is important for people to remember that while the 988 resource is new, none of the old resources and helplines have gone away, including Portage County’s existing 10-digit crisis helpline, 330-678-4357 (HELP).

With many resources available, Barker said the options provide variety and accessibility.

“With the younger population, to be able to text, I think, is really big, too,” Barker said. “Any resource we can have, we want to push and I think it’s super important, especially when it’s something preventable such as suicide. So the more resources, the better.”

Kravetz said she hopes the lifeline will encourage people in need to reach out, given the convenience of the three-digit option.

“It’s always important that people realize that when you’re in distress, to remember that as much emotional pain someone is in, that if you can just hold on, your pain will get better,” Kravetz said. “Recovery is possible. That help is available. Help is there for you. There are many resources here to help and to never lose hope.”

Emma Andrus is editor-in-chief. Contact her at [email protected]