Forex: is it a scam? 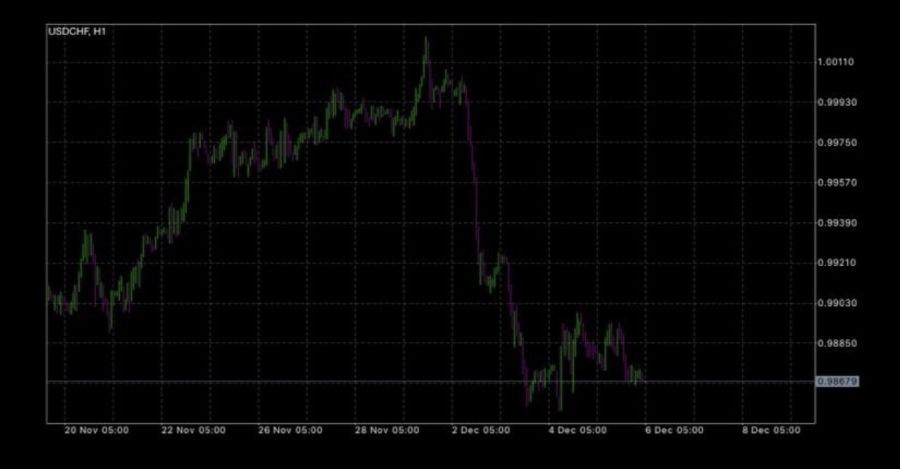 Over the past semester, Forex, a foreign cryptocurrency exchange market, has taken over Kent State’s campus. Students from all over Kent State have been drawn to Forex because it is advertised as an easy and affordable way to “invest in your future.”

Here is an example of a hypothetical Forex trade: for every Canadian dollar, the U.S. dollar is only worth about 75 cents. So, if an American trader put 225 USD in Canadian stocks, it would equal about 300 CAD. The entire market depends on one currency versus the other.

Traders make money through a technique called pips. According to the BabyPips website, a pip is a small measure of change in a currency pair within the market. For instance, using the aforementioned USD vs. CAD trade example, say a trader puts in 10 cents for every pip. If the stock goes up 10 pips, that person has made one dollar. While if the stock goes down 10 pips, that person has lost a dollar.

Forex has been used by high-level traders and banks since 1973, but has only become open to the public in the last 12 years.

Forex investment groups are usually set up in a pyramid-like fashion. Mentors bring in new traders who pay an entry fee of $225 for online lessons on how to navigate the inner workings of the market. Then you must pay monthly fees to continue in the program.

The mentors who recruit newcomers make a profit for bringing new traders in and therefore move higher up in the pyramid. As a mentor, once you have two people under you, you don’t have to pay any monthly fees. This pyramid-like set up is a major part of why many believe Forex is a scam.

Senior fashion merchandising major Amauri Williams is one of many who have led Kent State students into the world of Forex. Williams is a Forex day trader and platinum leader mentor through Tradehouse Investment Group.

Williams got started when a friend of hers, a fellow Forex trader, convinced her to give it a try. Within two months, Williams found a passion for Forex and decided she wanted to share the knowledge with fellow Kent State students.

“You don’t have to spread the knowledge, but I’m the type of person where I would much rather work in that type of business,” she said. “Where I can inspire, speak life into people and teach them something that they can use for the rest of their lives, instead of working at Walmart. I’m never going to be the CEO of Walmart. I’m going to be the CEO of my own business. That’s the difference.”

As a mentor, Williams brought in junior psychology major Kai Clemons as her mentee.

“People are rarely using money,” Clemons said. “Everyone has Cash App, everyone has Venmo. When was the last time you actually gave somebody cash? I think this is the future. I feel like people need to really get on it now before it’s too late.”

However, junior finance major Cameran Cunningham isn’t as positive about the outcome of Forex.

“I think it will sustain maybe five years,” Cunningham said. “Five, maybe 10 years. I don’t think it will be a huge profitable thing. I think the people at the top will walk away with the profit that they have and be perfectly fine with that.”

Cunningham said he has friends who see both sides of the spectrum when it comes to Forex.

While Forex is flourishing at Kent State, investment groups are also making their way onto other college campuses, like Ohio State University’s campus. New Forex trader Isabella Anene, a junior finance major at Ohio State University, joined Forex because her brother told her about it.

“As college students, we have a lot of time to acquire a new skill like this,” she said. “Why not try?”

Financial expert and analyst Kevin Daniels said Forex itself is without a doubt a legitimate way to earn money.

“It’s definitely not a scam,” he said. “The people who say it’s a scam have probably lost money. It’s not something that makes you rich in a week. It takes months and sometimes even years.”

Forex experts have come up with a way to minimize loss of money and overall knowledge of the market with demo accounts. With these accounts, you can trade with fake money to get a feel for the exchange and be more well-prepared when it’s time to trade real currency.

Daniels has a message for college students wanting to get involved with Forex.

“As for college students, they should take it and learn it,” he said. “Just like one of their courses. You have to learn it and study it or you’re going to get bit by a snake.”