Dress Up For Downs lets models strut their stuff 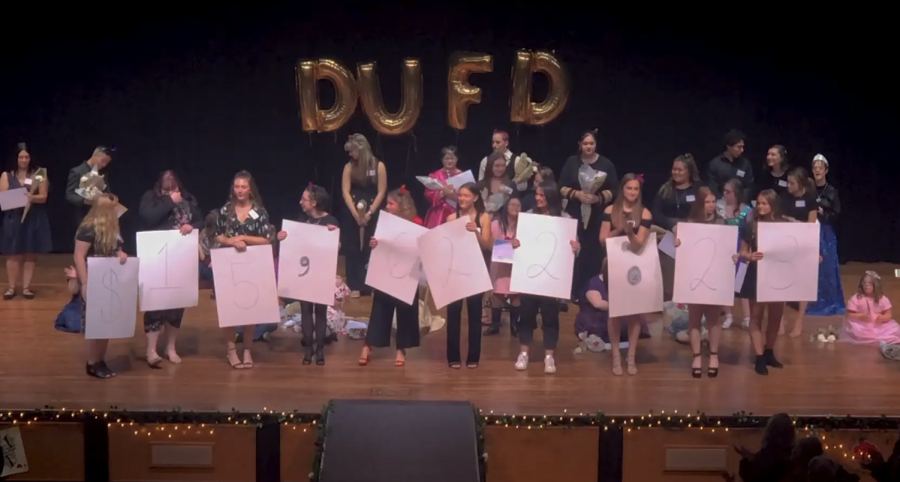 Dress Up For Downs lets models strut their stuff

The fashion community isn’t necessarily known for its inclusiveness – just look at the recent controversy surrounding the annual Victoria’s Secret show. But one group here on campus is looking to change that.

Dozens of models took to the Kent State Student Center Ballroom’s stage to strut their stuff on Saturday evening – however, this wasn’t your run-of-the-mill fashion show.

“This show is unlike anything that you will ever see on a runway,” says Kassidy Brown, president of Dress Up For Downs. “Usually models are atypical – all of our models have down syndrome, which is really special.”

Dress Up For Downs is an organization that works to “bridge the gap between the fashion community and the Down Syndrome community by creating clothing, funds, and relationships.”

This year, Dress Up For Downs partnered with the Panhellenic Council to put on the show. The groups have been hard at work since January garnering funds, donations, sponsorships, and recruiting escorts for the show.

The fashion show not only allows the models to take the stage, but to do so in an outfit that fits them perfectly. Some people with down syndrome struggle to find clothing that fits their unique body types.

“So I think this event is a really awesome way to kind-of highlight an issue that people might not know about the down syndrome community and individuals with down syndrome,” says Miranda Canacci, Dress Up For Downs’s Vice President.

Each model walked the runway to roaring applause from a sold-out audience. At the end of the night, Dress Up For Downs announced they raised over $15,000 for the down syndrome community across Northeast Ohio.

But to Canacci, Brown, and the members of Dress Up For Downs, it’s more than money; it’s about giving the models a chance to shine.

“They deserve to feel beautiful and confident and strong out on the runway, and get to strut their stuff and celebrate loving themselves just like everyone else does,” says Canacci.