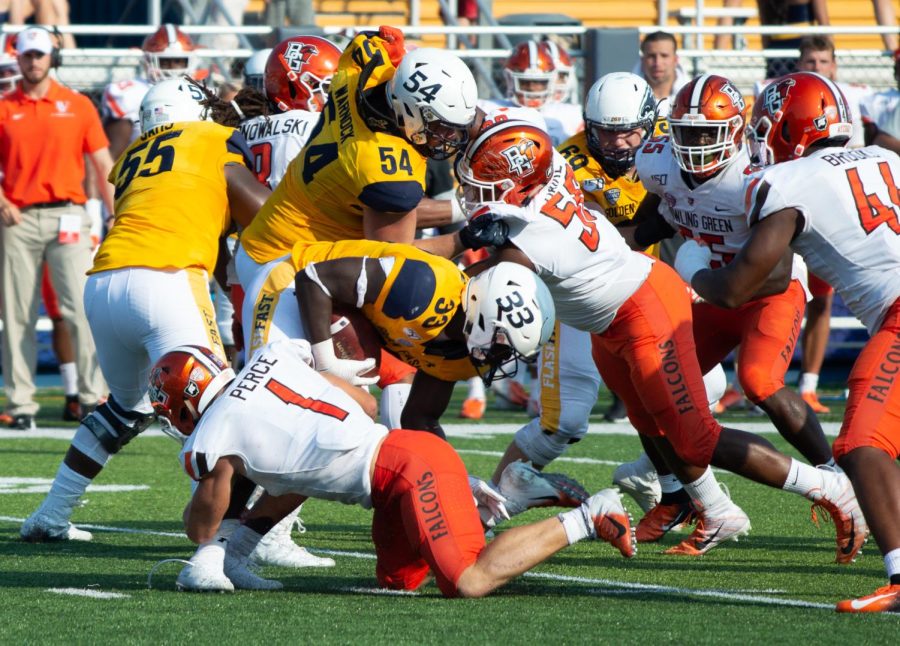 Thursday afternoon senior running back Jo-El Shaw tweeted that he was declaring for the 2020 NFL Draft.

“That was decided with my mom and my family earlier this week,” Shaw told KentWired in a phone interview Thursday night.

After the Akron game, Shaw saw limited snaps. He had 13 carries for 22 yards (1.7 yards per carry) in his final two games at Kent State. A goal line fumble near the end of the third quarter in a 23-16 loss to Miami proved to be the final carry of Shaw’s college career.

“I don’t know how anybody is going to look at it,” Shaw said. “I just know what I can do from here on out to make myself the best player I can and that’s all I can worry about.”

In his two seasons at Kent State, Shaw finished with 211 carries for 977 yards (4.6 ypc) and 11 total touchdowns (nine rushing and two receiving).

He is currently looking at several agents but remains undecided.

He is unsure of how the pre-draft workout process will look, but he continues to train in Pittsburgh.

“There are a couple of agencies that are thinking about helping me get into some pro days,” Shaw said. “I don’t know if I’ll be able to do my pro day at Kent, but just in case I just want to make sure that I have some stability.”

Although Shaw declared for the NFL Draft, he is willing to take any opportunity that comes his way to play football professionally.

“I’ll take any opportunity to play football,” he said. “I love this game, and I want to be able to showcase my ability.”

Despite pursuing the NFL, Shaw will continue to pursue a degree in Education Studies and graduate in May 2020.