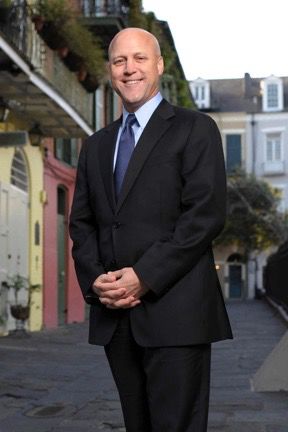 Former New Orleans Mayor Mitch Landrieu will speak at Kent State University at 7 p.m.  Nov. 19, 2019, as part of the university’s May 4 Speaker Series.

Leading up to the 50th anniversary of May 4, 1970, Mitch Landrieu, former mayor of New Orleans, will speak at Kent State as part of the May 4 Speaker Series.

As the foreman to the removal of four Confederate monuments in New Orleans, Landrieu earned the John F. Kennedy Profile in Courage Award. He also helped the city recover from Hurricane Katrina and the BP oil spill.

Landrieu served as the 61st mayor of New Orleans from 2010-18. During his time as mayor, Landrieu worked to lower crime, rebuild infrastructure and rebuild the public’s trust in the city government.

“Mayor Landrieu exemplified the best of American statesmanship when he helped his city face up to its past as a means of charting a better course for its future,” Kent State President Todd Diacon said in an email.

“We look forward to hearing his remarks as part of our ongoing commemoration of the 50th anniversary of May 4 in which we reflect on the dangers of polarization and the powerful impact of reconciliation,” Diacon said.

Before serving as mayor, Landrieu served two terms as lieutenant governor and 16 years in the state legislature. He also served as president of the U.S. Conference of Mayors.

Landrieu will speak Nov. 19 at 7 p.m. in the Student Center Ballroom as one of the speeches leading up to the 50th commemoration of the May 4, 1970 shootings. During a student protest of the U.S. invasion of Cambodia and the escalation of the war in Vietnam, the national guard fired into the crowd killing four students and wounding nine.

May 4 Speaker Series events are free and open to the public. For free tickets and event information, visit ksuevents.universitytickets.com.