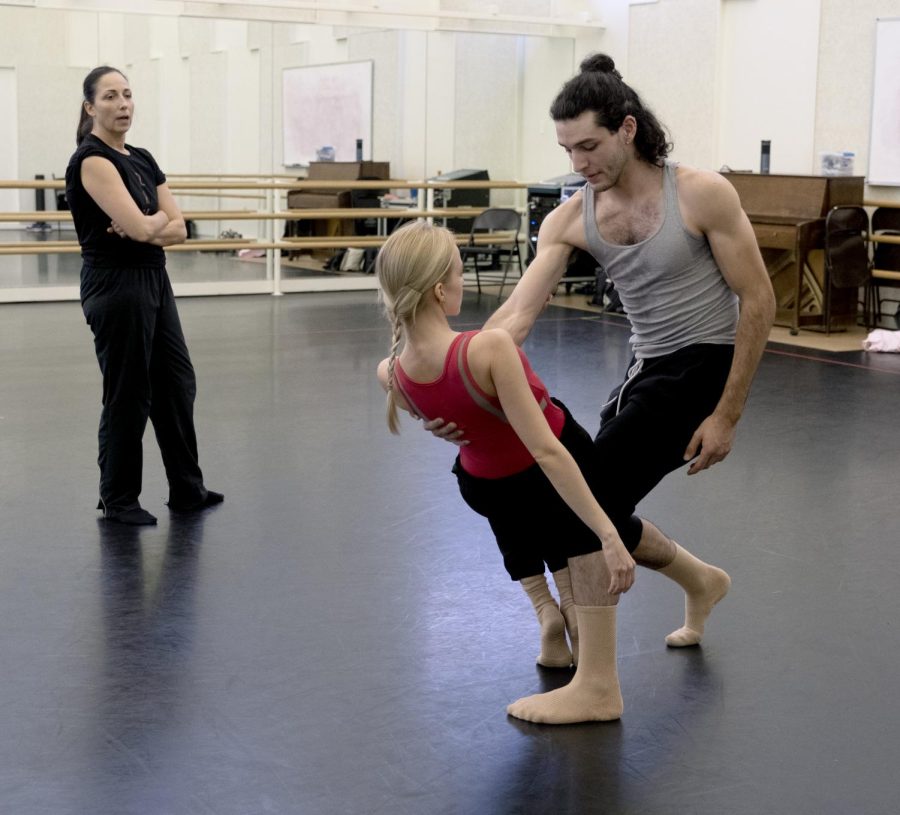 Just two days before her piece “Don’t Explain” was to be performed at The Ashley Bouder Project’s fifth anniversary show, assistant professor of dance Catherine Meredith was in the midst of the only practice she would get with the ballet dancers performing it.

Associate professor of dance Jeffrey Rockland recommended Meredith’s work to Ballet in The City, the company that planned the event, when it reached out to Kent State for a piece from a local choreographer.

Meredith said she had initially sent a different piece called “Aftermath” to Bouder’s team for consideration, but it was turned down because it was too modern.

“Jessica (a representative from Ballet in The City) said, ‘Look, I love the piece but it’s too modern,’” Meredith said. “I said, ‘I have something else.’ I sent it and she’s like, ‘I love it. Let me send it to Ashley.’ Ashley saw it and said, ‘Yeah, let’s put it on the program.’”

The piece is set to Nina Simone’s version of the Billie Holiday song “Don’t Explain” and tells the story of a continuously unfaithful partner. Meredith suspected Simone chose to cover the song due to the similarities between it and her own life.

“Basically it’s a woman saying, ‘Don’t explain, because if you explain it that makes it real and then I have to do something about it,’” Meredith said. “Nina Simone later recorded it and in a parallel life she was married to a man, a police detective who was physically abusive. I think the song also resonated with her as to, ‘here I am, in love with this person who is hurtful.’”

Meredith said her choreography is almost always about some sort of relationship.

“A lot of my work is about the human experience, whether that’s just a relationship to self or to your mother, your father or your husband or your boyfriend,” Meredith said. “I am constantly fascinated by how people interact with one another and just the ebb and flow of relationships.”

The Ashley Bouder Project is a nonprofit ballet organization dedicated to highlighting female composers and choreographers. The organization was founded by Ashley Bouder, principal dancer at the New York City Ballet in 2014.

The project is her answer to the ballet industry’s large and seemingly never-ending issue of gender inequality, which regularly favors the work of male choreographers and composers over female.

According to a recent report done by the non-profit group Dance Data Project, 81 percent of the pieces performed during the 2018-2019 season by the top 50 ballet companies in the United States were choreographed by men.

While events like Bouder’s are slowly changing things for women, Meredith said there’s still more that could be done in the industry.

“In our field, women are still underrepresented,” Meredith said. “If you look at the big houses, like the American Academy of Music, Lincoln Center, the ratio of male to female choreographers, there’s a huge gap. I think it helps, but we need more women like Ashley Bouder and more men to say, ‘You have a voice and let’s use it.’”

While Meredith and her dancers were practicing their performance inside the studio Wednesday night, outside the studio sitting in a chair by the window watching was sophomore early education major and dance minor Sydney Weiss.

Weiss, who is in one of Meredith’s classes, said it’s great to see there is a different side to her professor.

“I have her in class, but she’s also this amazing female choreographer,” she said. “I have the opportunity to learn from her. Seeing the things that she tells us in class, how that comes to life, that’s neat.”

Meredith said it’s important for students to get a look at what could potentially be the next step for them after graduation.

“I think it’s great for them to just peek in and see, ‘Wow, this girl flew in literally today, got off the plane, came here and learned a piece in two hours that she’s going to perform tomorrow,’” she said. “That’s raising the bar. They get a real sense for how it could be when they get out into the world.”

In addition to teaching her duet to Robinson and Miettinen for Friday’s performance, Meredith taught the piece to four Kent State students for a performance in the university’s biggest fall dance concert Dance ’19: Dynamic Fusion. The performance will be in Nov. 22-24 and feature works by faculty and guest choreographers.