The situation in Syria is rapidly deteriorating. Four things you need to know. 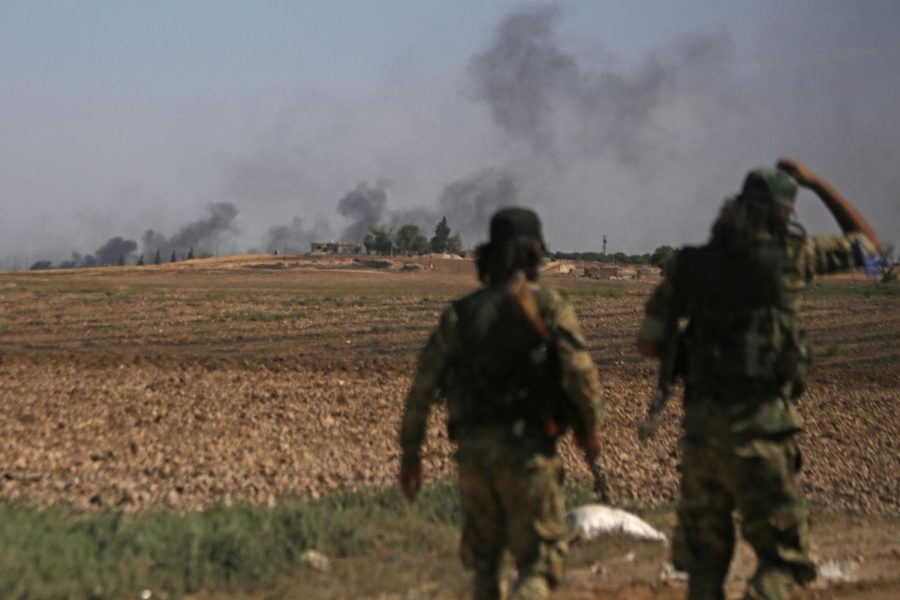 The situation in Syria has been rapidly deteriorating. Last week, the Trump administration ordered US troops to step aside from the border in northern Syria, effectively paving the way for Turkey to launch an offensive against US-backed Kurdish forces who they regard as enemies.

(CNN) — The situation in Syria has been rapidly deteriorating.

Last week, the Trump administration ordered US troops to step aside from the border in northern Syria, effectively paving the way for Turkey to launch an offensive against US-backed Kurdish forces who they regard as enemies.

In the days since then, the world has watched major changes unfold in northern Syria, including shuffling allegiances and rapid troop movements — along with US President Donald Trump’s announcement of a complete withdrawal of US forces from the area.

It’s a stark escalation in the chaos of the country’s long, grinding war. Against this rapidly changing backdrop, here’s a look at the state of play.

How has the state of play changed in Syria?

Syria has become almost unrecognizable in the last 48 hours. Three things have driven this, each giving rise to the other.

The Turkish military — and the Syrian rebels they are backing — have moved much deeper into Kurdish territory in northern Syria than expected, taking a key highway and bisecting the Kurdish enclave. This was all initiated by Trump and Erdogan’s phone call.That deeper incursion and the pressure it put on various US outposts — some of which are in the Kurdish city of Kobani, which has effectively been cut off by Turkish forces — led to the precipitous announcement of a complete US withdrawal. A US official told CNN the situation was deteriorating rapidly and described the Turkish-backed Syrian rebels, who are doing much of the fighting against the Kurds, as “mostly extremists, former ISIS, former al Qaeda.”Turkey’s advance, and America’s departure, led the abandoned Syrian Kurds to enter into a deal with the Syrian government, in a major shift. That’s set Syrian President Bashar al-Assad’s forces on a land grabbing-mission across the country, moving speedily to assert their presence in a region where the Kurds had established relative autonomy.

Before the Syrian civil war started more than eight years ago, the Syrian Kurds had an accommodation with the regime in Damascus. But the war and the Kurds’ eventual alliance with the US meant their relationship with the Syrian government frayed to the point of collapse. But they always knew they would have to get back with the regime if the Americans followed Trump’s instincts and left.

What do this weekend’s developments mean for ISIS?

The SDF have lost a lot of their territory, as well as the ally that made them formidable in the fight against ISIS: the US.

ISIS will have a chance to regroup now that the forces that defeated them — the Syrian Kurds, backed by the US — are marginalized and gone, respectively, leaving behind a vacuum.

One European intelligence official told CNN there was a “high chance” that detained foreign ISIS fighters abandoned during the US withdrawal would try to return to Europe.

That, coupled with a new grasp of territory in the Middle East will — as one US official starkly critical of a “failed US policy” said — give ISIS a “second life,” sending 100,000 jihadists back into their fold.

Faced with the mounting Turkish offensive, the SDF have been left ill-equipped to guard ISIS prisons, and there are already reports that the Syrian regime and their Russian backers may seek to control these facilities.

Breakouts in other jails and camps will bolster the manpower of the terror group, who still have tens of thousands of members in the region.

Another factor are the Turkish-backed Syrian rebels, who Turkey insisted were moderate, but appear to have an appetite for the same sort of savagery as ISIS, and according to a US official, include former members of al Qaeda and ISIS.

Civilians will continue to flee the advance of Syrian government troops if they oppose them, or welcome them into their villages as a reminder of a stable yet repressive past, if they can tolerate it.

Kurds will be displaced by pro-Turkish forces, and Turkey will try to send loyal Sunni Syrians back to those lands.

Turkey will have to fight or come to an agreement with the Russia-backed Syrian regime, whose forces are on a collision course. Iran, too, will find a place in remaining pockets from which to exert their influence.

Of all the regional players, the US role is undoubtedly diminished.

Who gains most from all of this?

The big winner here is the Syrian government, which in 2013 was considered so weak the Obama administration thought US airstrikes might finish it off entirely.

Now, the regime controls a large swathe of Syria again. Russia helped them win, so also wins in the world stage by proving a more reliable ally than the US.