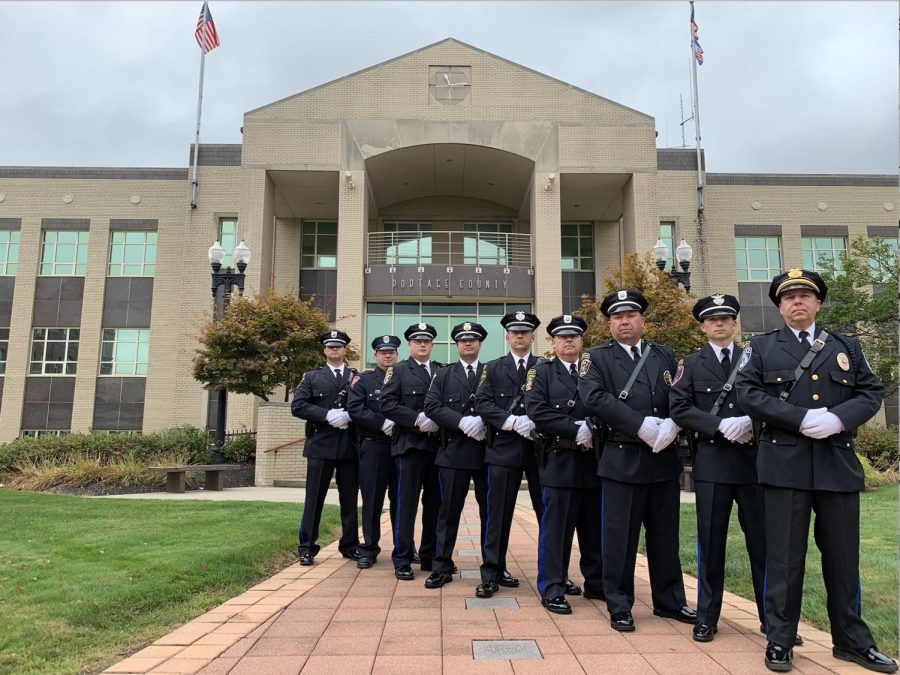 Police chiefs across Portage County have found a way to coordinate officers to stand on duty during public events to help represent local police departments by creating a county-wide honor guard.

“This is a first for our county and we have representation on the team as well,” Knoles said.

While the honor guard won’t bear all the responsibility during these events, it will make local officers’ jobs easier. In June the honor guard attended the funeral for former Ravenna Police Chief Douglas Peters, who spent 36 years with the department and 16 years as chief.

The honor guard is made up of 12 officers – all volunteers – and about half have served in the military. Members from Portage County Honor Guard have already been assisting local police departments around Portage County for nearly a year, but were formally organized earlier this summer.