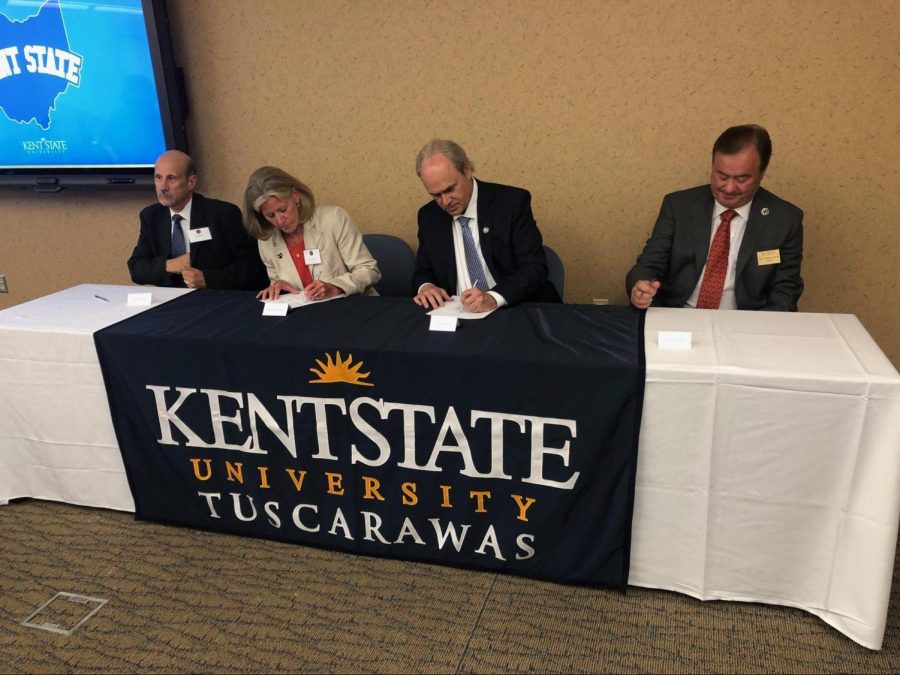 Kent State Board of Trustees approved the balanced university budget for Fiscal Year 2020 at its board meeting Wednesday.

According to a press release, the $659.5 million budget was approved, which included “…increasing financial aid by up to $2 million for additional grants and aid that were made available to assist students and their families for the 2019 Fall Semester… wage increase in accordance with collective bargaining agreements and wage increases for non-represented staff.”

This vote came after President Todd Diacon’s announcement Monday for a hiring freeze due to a $12 million gap in the budget. According to the press release, this gap was filled through the hiring freeze and “… an increase in investment income support for educational and general expenses…”

According to a press release, the Board approved Beall and McDowell Halls $4.5 million plan to install new windows and masonry for Fiscal Year 2021 and 2022, as well as approve the overall budget for McGilvery Hall elevators, which will cost $1.485 million.

Molly Heideman is an administration reporter. Contact her at [email protected]