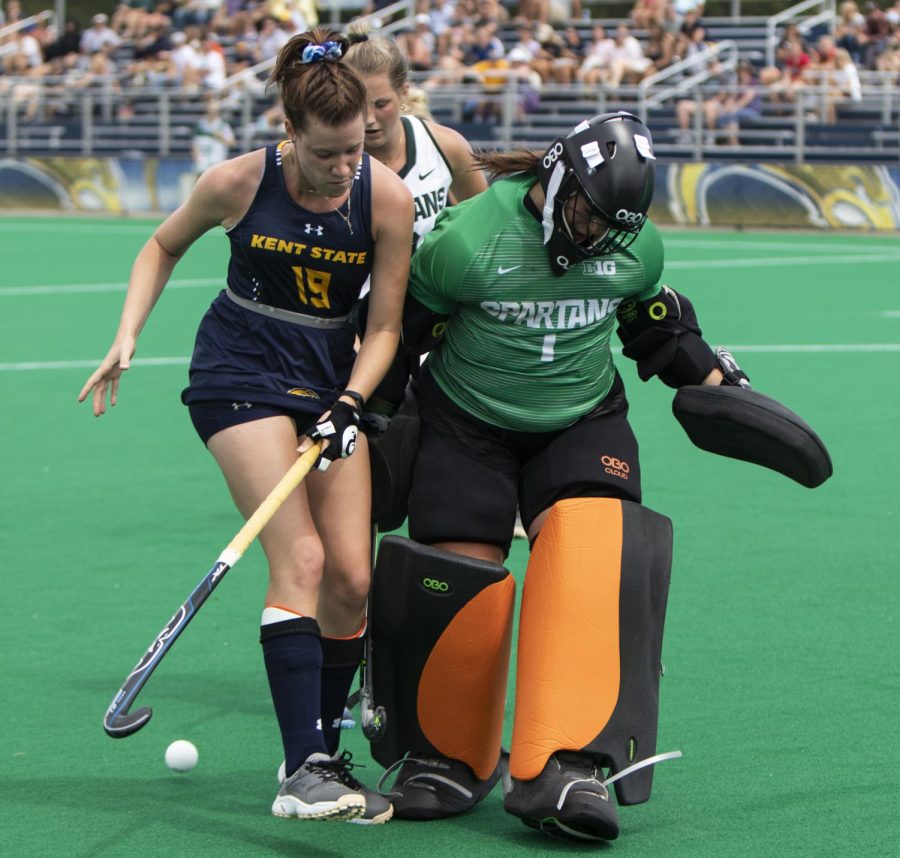 Less than four minutes in the third period was all it took for Michigan State to capitalize on a penalty corner and for Kent State to lose their first game of the very young season.

“I think we just came out a little flat after the halftime chat,” coach Kyle DeSandes-Moyer said. “And unfortunately, Michigan State capitalized on their first corner of the game and just put one in.”

“We had full control of the game,” DeSandes-Moyer said. “We had tons of times that we could have put one in and unfortunately we just missed our opportunities.”

Last Friday, Kent State played their season opener against Saint Francis University, winning 5-2. They outshot the Red Flashes’ 20-6, and had six penalty corners to Saint Francis’s three. The Sunday loss puts them 1-1 on the season.

“It’s so early,” DeSandes-Moyer said after the loss on Sunday. “It’s only our second game. We have three games ahead of us the next few days. So plenty of more opportunities for us in the non-conference schedule.”

The Flashes travel to play University of Louisville on Wednesday, before returning home to play Temple University and University of Maine on Friday and Sunday.

“It is very hefty,” DeSandes-Moyer said about the non-conference schedule. “It’s going to be nice to go down to play Louisville, to be a little bit competitive. Maine’s also been in the top rankings. It’ll be a good test for us, and get us prepped for MAC life.”

Gina Butkovich is a sports editor. Contact her at [email protected]